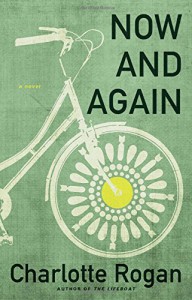 Wow this one is hard to review. There are 2 separate storylines here--that of Maggie and the rest of the folks in Red Bud, where a munitions plant keeps the war effort stocked and a prison of inmates is used for some sort of labor. And then there are Penn Sinclair, Danny, Pig Eye, Le Roy, and Joe Kelly--a group of soldiers who had been together in Iraq and have largely come back together to expose the lies of the war effort to the American public.

The only character in both of these stories is rather minor--Dolly, Danny's girlfriend and a midwife in Red Bud.

I kept expecting these 2 stories to come crashing together to resolve something. But it never really happens. And nothing is really resolved (not that the issues in this book could truly be, since they are real and they are current and ongoing in real life). Yet what one might expect if this were to go down in real life doesn't really happen either. Or at least Rogan doesn't actually finish that part of the story.

So, ultimately this was disappointing.