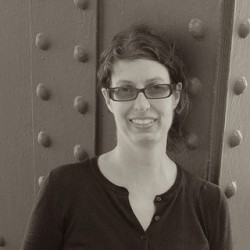 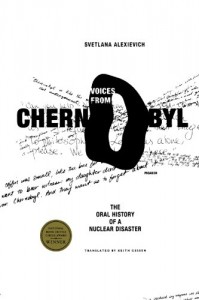 An excellent collection of oral histories. And an important collection of oral histories. Alexievich interviewed many people affected by Chernobyl—evacuated residents, re-settlers (largely the elderly who lived in the area their entire lives and ethnic Russians fleeing southern/eastern former USSR states), soldiers, doctors, liquidators, all sorts of people. I wonder what source material she has that she did not include in this collection—and I hope she has stored it well. This is a historical gold mine in so many ways.

What I found especially interesting is the idea, mentioned by many, that they were Soviets, raised in the USSR. When they were told to go, they went. When they were not given what they were promised, they worked anyway. They did their best. They took their certificates and medals. They did not shirk their duties even though they knew something wasn't right. They were easily bribed by seemingly small amounts of money. And for the most part they are not sad—at least, the survivors are not. The widows are angry. Some of those that had power and went with the party line feel extreme guilt. Even the Russians that fled wars in former USSR states are angry that this is the only place they are welcome. And now so much of what was left has been stolen and sold. Sold where? To whom? Will they be able t track this stuff simply be following leukemia or thyroid cancer concentrations?

I do wish that there were more context provided here. A map. Photos. A timeline of what is known. A timeline of symptoms/illnesses to be expected and that have occurred.

I am a little shocked that this sort of work won Alexievich a Nobel Prize in Literature. I can see history, or journalism. I do not even know what all of the categories are. But literature?